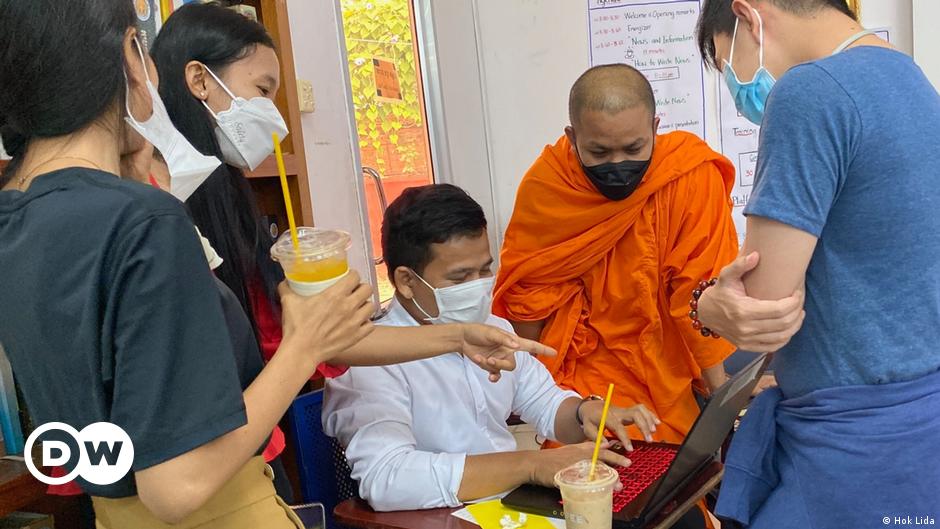 Like many young people around the world Today, Duch Utdom has grown using the internet and social media. He can browse the web easily. As a window to the world, his online activities partly influenced his decision to major in international relations at Paññasastra University in Cambodia, where he has been a student since 2018.

But somewhere along the way, it transpired at Utdom that what he saw and read online may not be real or true. This was especially true after he enrolled in a Campus Media course, organized with DW Akademie in cooperation with the Cambodian Center for Independent Media (CCIM) and with the support of the European Union.

Although Campus Media can be like an introductory college course, students learn about information awareness, access and action, leading to an in-depth understanding of potential misinformation. Students also learn hands-on how to produce their own multimedia content for traditional and social media. The program is available for 80 students, mainly from the University of Paññasastra, until the end of 2022.

“Before class, I didn’t know how to believe what I saw or heard on social media,” Utdom said. “Sometimes I would just read the headline and share it, without verification. I now see that this behavior needs to change because it affects me and society as a whole.”

Complementing the training, Utdom created a video on the impact of phone use among young people. The experience left such an impression on him that he is now learning to coach himself.

Cambodia’s population and economy have grown rapidly in recent years, but many rural areas remain impoverished and young people often feel excluded from public life and national discourse. With nearly half of the population under the age of 25, youth participation in the country’s civic affairs and democratic process is critical to Cambodia’s future.

Chenda Horn, a campus media trainer who is also a social media manager and a citizen journalism trainer with CCIM, said young Cambodians receive little media guidance at school, which mostly prevents them from recognizing the disinformation.

OnOne of the dilemmas, she says, is that “there is often no clear source for what is posted online.” She noted that some of her interns not only benefited from what she taught them, but also worked as reporters or in other media-related jobs.

DW Akademie and CCIM are also cooperating on another EMI project in Cambodia: Media 101 clubs, which caters to Cambodian university students with increased access to online and social media.

Funded by Germany’s Federal Ministry for Economic Cooperation and Development (BMZ), the Media 101 clubs “give students a chance to discuss, learn from each other and create media products, such as photos and videos,” said Thorsten Karg, one of DW Akademie’s project managers for Cambodia. “Students love this hands-on approach.”

The MIL Club program includes 20 sessions of 90 minutes each and covers aspects of traditional and social media. Since 2018, seven groups of students have taken the training and more than 130 students have graduated from Club Media 101.

Lida Art, part of the sixth cohort of young participants in Media 101, said his schooling in Cambodia’s rural Kandal province did not include technology or media literacy. She thinks the two might have helped her understand how essential online safety is.

“I’ve jotted down some strategies to clarify if what I’m reading is true,” she said. “I check the date and the professionalism of the writing, for example if the writer used the 4Ws and the H (who, what, where, when and how). I also understand better how to protect accounts from hackers, update my accounts for privacy, and how to stay safe.”

Similarly, Sea Vannary, another Media 101 participant, said she now pays more attention when online, asking when an article was published, the authors, how they structured the story, and the writing style. She also carefully checks for grammatical errors. Also, with her interest in photography, Media 101 helped her improve her own photo-taking skills.

“Media 101 taught me to look for a good view,” she said. “I also learned how to tell video stories well. Media can teach us a lot about our lives.” 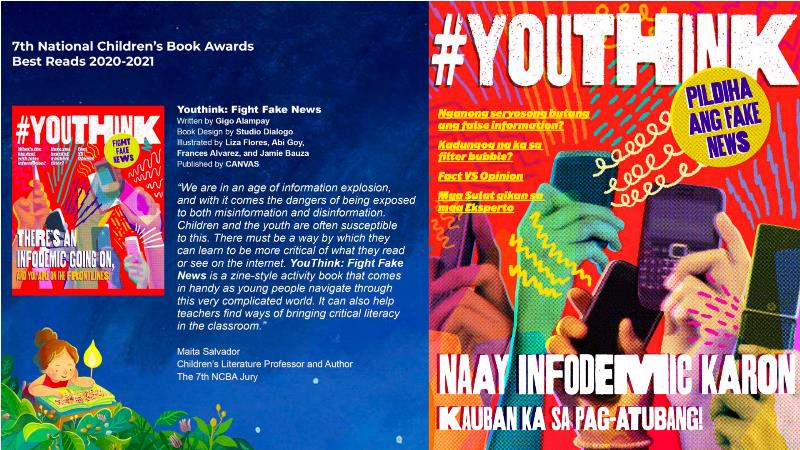