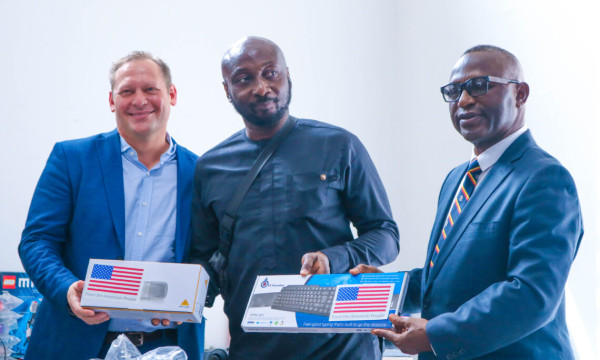 The United States government is committed to supporting initiatives that promote and improve media literacy.

With the support of the United States Consulate General in Lagos, the West Africa Broadcast and Media Academy (WABMA) and the Enugu Literacy Society (ELS) launched the “Project Fact Check Nigeria”, a media education project and fight against disinformation.

The project aims to build critical thinking skills, expand digital and media literacy, and build the capacity of radio journalists to tackle disinformation and disinformation in the 17 southern states of Nigeria.

Through this project, more than 170 radio hosts, producers and journalists will learn fact-checking skills and explore best practices for detecting fake news, disinformation and disinformation.

Speaking at the workshop’s opening ceremony in Lagos on Monday, US Consulate public affairs official Stephen Ibelli explained that a healthy democracy requires both an informed public and responsible media that provide information. truthful and objective.

“By promoting media literacy, we are strengthening the principles of transparency, good governance and the rule of law which constitute the essential cornerstones of our democratic system,” noted Ibelli.

As part of the project, WABMA and ELS have partnered with the management of the 17 participating radio stations to produce and broadcast media literacy and anti-disinformation programming over the next 12 months.

A secondary component of Project Fact Check Nigeria is to teach 1,000 young leaders the basics of digital fact checking and how to separate fact from fiction and opinion using the existing media literacy program of the Young African Leaders Initiative (YALI).

Participants will be empowered to educate people within their social networks and communities to promote media literacy, which helps individuals identify malicious narratives and disinformation.

Distributed by APO Group on behalf of the U.S. Embassy and Consulate in Nigeria.