“Anti-Hindu Disinformation: A Case Study of Hinduphobia on Social Media” is published by a new Center for Cyber-Social Threat Identification and Prediction at Rutgers University. The center is a partnership between Rutgers’ Miller Center for Community Protection and ResilienceRutger’s Center for Critical Intelligence Studies and association Network Contagion Research Institute.

The research effort was led by senior graduate Prasiddha Sudhakar, who used machine learning tools to explore the social media landscape for anti-Hindu disinformation. She was pretty sure there would be plenty, she said.

“I wouldn’t say I was surprised, given that there’s been a massive increase in all forms of ethnic hatred, whether it’s anti-Semitism, Islamophobia or anti-Asian hatred. “, she added.

She and other Rutgers students saw an explosive growth in anti-Hindu slurs and slogans in the United States, beginning in the fall of 2021. It was on social media platforms that you might hope to foster the extremism, like 4chan and Gab, but also on mainstream platforms. like Twitter, TikTok and Telegram.

Generally, there is a spike in hate speech whenever someone rises to prominence in a community that has always been the target of prejudice. A recent example comes from San Francisco.

“Parag Agrawal has been named CEO of Twitter“Immediately there was anti-Hindu misinformation on social media, where there were spikes in some ethnic slurs being used against him in particular,” Sudhakar said, citing the November promotion.

But Sudhakar and his colleagues have found that much of the wave of anti-Hindu hate speech may be linked to Iranian state-sponsored trolls who wish to exploit long-running geopolitical tensions between Muslims and Hindus, Pakistanis and indians.

As the link between political events and the volume of activity of Hinduphobic Iranian trolls shows, anti-Hindu misinformation fluctuates with geopolitical incitements. Iran’s role as a mediator between India and Pakistan is becoming more important as the conflict between the nations escalates.

– “Anti-Hindu disinformation: a case study on Hinduphobia on social media”

Twitter was the only social media platform to respond when contacted by KQED.

“We are committed to combating abuse motivated by hatred, prejudice or intolerance, especially abuse that seeks to silence the voices of those who have been historically marginalized. For this reason, we prohibit behaviors that target individuals or groups with abuse based on their perceived membership in a protected category,” a spokesperson wrote.

She added that the San Francisco-based company has “extended our rules against dehumanization to all protected categories, including religion and caste.”

The potential for violence in the real world

According to John Farmer, who directs the Miller Center for Community Protection and Resilience at Rutgers, which is part of the collaboration that produced the report, content moderation teams at all major social media platforms are “drinking from a pipe of burning” of hateful content. Platforms have proven to be fertile ground for resurrecting and refreshing tropes or memes of hate speech.

“The common thread here is the use and abuse of social media,” he said, adding that he hopes Hindu communities in California and elsewhere will reach out to other religious communities who are already working to protect themselves, like Jews and Sikhs, to help them establish “a clear chain of what happens if something happens.”

“There is someone assigned to respond to press inquiries. There is someone identified as their liaison to law enforcement. Threats can be mitigated, even if they cannot be completely stopped” , did he declare. 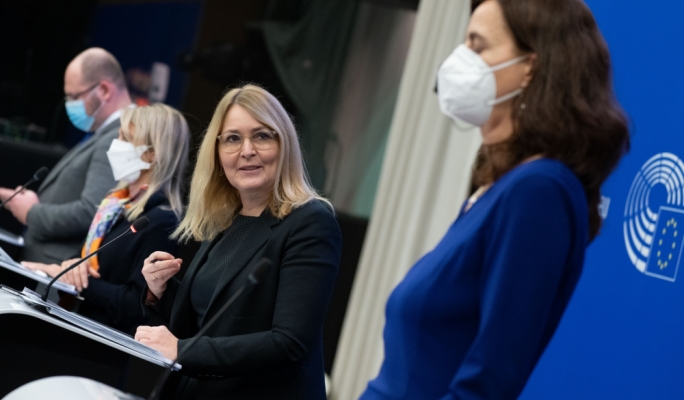