For the second year in a row, the five largest social media platforms received failing grades on LGBTQ safety, according to a report by GLAAD, an LGBTQ media advocacy group.

“LGBTQ people are under attack right now,” said Sarah Kate Ellis, president and CEO of GLAAD, in the report. She noted that over the past two years there has been an increase in anti-LGBTQ rhetoric. Far-right pundits and even some Republican officials have also begun calling the push for LGBTQ-inclusive policies “grooming” and branding LGBTQ people and their supporters “pedophiles,” including publicly on social media.

As this rhetoric caught on online, state lawmakers have also introduced more than 340 anti-LGBTQ bills since January, according to the Human Rights Campaign, the majority of them targeting transgender youth.

“Today’s political and cultural landscapes demonstrate the real-world harmful effects of anti-LGBTQ rhetoric and online misinformation,” Ellis said in a statement. “The hate and harassment, along with the blatant misinformation and lies about LGBTQ people, which are going viral on social media, create real dangers, from legislation that harms our community to recent threats of violence at protest rallies. pride.

Ellis said social media platforms are “active participants in the rising anti-LGBTQ cultural climate” and need to create safer products and policies and then enforce those policies. This was one of the main takeaways from the GLAAD report as a whole – that social media platforms need to monitor violations of their existing policies.

“Currently, they are failing to meet this challenge,” the report said.

A slight increase in harassment overall

GLAAD found that the rate of LGBTQ people who reported experiencing hate and harassment rose slightly to 66% from 64% last year, according to the Anti-Defamation League. 2022 Online Hate and Harassment Report.

This rate, GLAAD noted, is disproportionately higher than any other identity group. By comparison, 38% of non-LGBTQ+ respondents said they had experienced hate and harassment.

More than half, or 54%, of LGBTQ respondents also said they had experienced severe harassment, double the rate of non-LGBTQ respondents, at 26%, according to the ADL survey. Serious harassment included physical threats, sustained harassment, stalking, sexual harassment, doxing, which means revealing someone’s address or other personal information online, or swatting, which refers to falsely report an emergency to dispatch armed police to someone’s location.

In response to a request for comment, a TikTok spokesperson said, “TikTok is committed to supporting and uplifting LGBTQ+ voices, and we work hard to create an inclusive environment for LGBTQ+ people to thrive.”

A Meta spokesperson said Facebook and Instagram “prohibit violent or dehumanizing content directed at people who identify as LGBTQ+ and remove claims about a person’s gender identity upon request.” We are also working closely with our partners in the civil rights community to identify additional measures we can implement through our products and policies.

Jack Malon, a spokesperson for YouTube, said: “It is against our policies to promote violence or hatred against members of the LGBTQ+ community, and over the past few years we have made significant progress in our ability to quickly remove hateful and harassing content, and to highlight content in search results and recommendations from authoritative sources.This work is ongoing and we appreciate GLAAD’s thoughtful feedback.

Not enough progress on social platforms

The platforms have performed well in some areas. For example, all received 100% for policies that pledge to protect LGBTQ users from hate, discrimination, and harassment on the platform.

But the dashboard also identified a few issues on some of the platforms. Facebook, Instagram, and YouTube still don’t ban gender-mistakes and dead names, which refers to the intentional use of the wrong pronouns and the wrong name for a transgender person.

TikTok banned the practices in February, after working with GLAAD to develop the policy. Twitter passed a ban on gender errors and dead names in 2018.

Jenni Olsen, senior director of social media security at GLAAD, said the group’s recommendation that all platforms adopt a similar policy “remains an especially high priority in our current landscape where anti-trans rhetoric and attacks are so widespread, vicious and harmful”.

GLAAD cited research by the Trevor Project, a suicide prevention and crisis intervention organization for LGBTQ youth, which found that transgender and non-binary youth who said their pronouns were respected by all people they lived with attempted suicide at half the rate of those who didn’t have their pronouns respected by everyone they lived with.

Although Facebook and Meta’s Instagram have a policy against “Content that explicitly provides or offers to provide products or services that are intended to change people’s sexual orientation or gender identity”, the policy is separately listed as requiring “additional information and/or context to apply.”

YouTube spokesperson Malon said he was against the site hate speech policy to promote violence or hatred against protected persons or groups, including the LGBTQ+ community. Therefore, content promoting conversion therapy would violate this policy and will be removed.

GLAAD also called on Instagram, Facebook and TikTok to ban targeted advertising based on users’ sexual orientation or gender identity, and urged YouTube to take a stronger stand against the unlawful removal and demonetization of content. LGBTQ creators, among other recommendations.

Although social media platforms have made efforts to become safer for LGBTQ users, they are not doing enough, according to the report.

“At this point, after their years of empty excuses and empty promises,” Ellis said in the report, “we also have to face the fact that social media platforms and corporations are prioritizing profit over profit. to LGBTQ safety and life”. 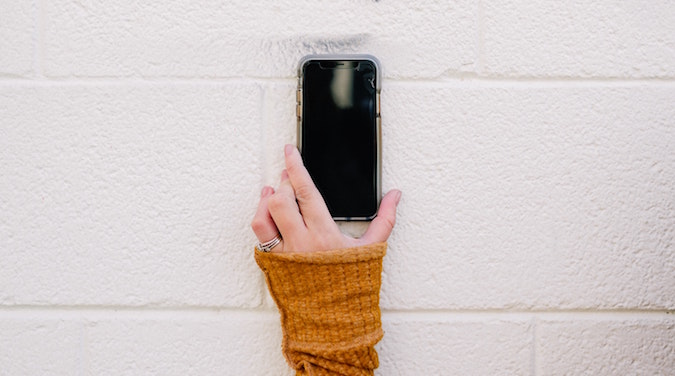