Social media platforms, such as Facebook, Twitter, YouTube, and TikTok, play a vital role in disseminating information, as well as speaking out opinions among Filipinos. According to We are Social’s 2021 Digital Report, the Philippines, known as the “Social Media Capital of the World”, ranks as the country with the highest daily social media usage with an average of 4 hours and 15 minutes per day. In the same report, data revealed that about 80.7% of the Filipino population, or about 89 million out of 110.3 million Filipinos, are active users of social media.

Over the years, social media developers have received multiple criticisms over the circulation of fake news on its platforms. Based on community standards or guidelines from social media developers, the most these platforms can do to combat fake news is to severely limit the reach of the post, temporarily or permanently suspend the account, or delete the post. , if necessary. Beyond these platforms, however, there is a lack of accountability on the part of the user who uploaded the false information. Therefore, fake news peddlers are not afraid to create fake accounts and post false or misleading information online.

Candidates for the upcoming May 2022 elections have switched to online campaigns due to the Covid-19 pandemic. As a result, these political figures have become one of the main targets for fake news peddlers on social media platforms. The freedom to publish any content granted to social media users, coupled with the lack of accountability of social media platforms, has allowed the proliferation of fake news that aims to either bolster qualifications or discredit a candidate’s reputation. During the first COMELEC-sponsored presidential debate held on March 19, 2022, all presidential candidates present agreed that peddlers of fake news should be held accountable for publishing false or misleading information. on social media platforms.

But how to punish these peddlers of fake news online?

Legislation that specifically penalizes posting false or misleading information online could be an effective deterrent. It should be noted, however, that the enactment of such a law necessarily involves an examination of the constitutionally protected right to freedom of speech, expression or of the press. Article III, Section 3 of the Philippine Constitution of 1987 states that “[n]o a law will be passed restricting freedom of speech, expression or the press [ ].”

Thus, Congress must balance the right of the people to freely express their opinions online with their duty to protect the people from the harms of fake news. Congress must also ensure that enacted law does not amount to prior duress (Chavez v. Gonzales [2008]). The law cannot regulate the content of expression, except where there is a compelling public interest in restricting the purpose of expression (Diocèse de Bacolod v. COMELEC [2015]).

So how can victims of fake news actually hold these peddlers accountable under our current set of laws?

The cyber defamation lawsuit against peddlers of fake news is a possible remedy for victims of false and/or defamatory articles. Cyberdefamation is the publication, through the use of a computer system or other similar means, of a defamatory statement against an identifiable or deceased natural or legal person, which tends to dishonour, discredit, despise or blacken the memory of the defamed person (Rev. Penal Code, Art. 353 in relation to Rep. Act No. 10175 [2012], dry. 4 [c][4]).

The nature of the Internet makes it easier for anyone to set up fake accounts and thus allows perpetrators of cyberdefamation to conceal their true identity (Disini v. Secretary of Justice [2014]). This is the reason why there are countless troll accounts created on social media platforms to spread malicious information about candidates for the May 2022 elections. Anonymity protects these criminals from possible prosecution. Apart from this, greater harm is also done to the victims due to the wide reach of the internet. Thus, it is reasonable to impose heavier penalties on the authors of defamatory articles posted online (Disini v. [2014]).

Given the lack of laws and/or policies regulating the circulation of fake news online, it is the duty of social media users, especially registered voters, to learn how to determine the accuracy of information posted on social media platforms. Fact-checking websites are available and accessible to anyone to help verify information circulating online.

Most, if not all, social media platforms prohibit the circulation of fake news. Users are encouraged to flag or flag posts deemed to be false or misleading. Social media platforms will then put in place the necessary mechanisms to take control of this false information posted online. Social media is a powerful tool as its strong influence in the country can shape society’s opinion on any individual or issue. In this regard, social media users must learn to responsibly exercise their freedom to post content on their respective platforms, consistent with their right to freedom of speech and expression. This article is for informational and educational purposes only. It is not offered and does not constitute legal advice or advice. 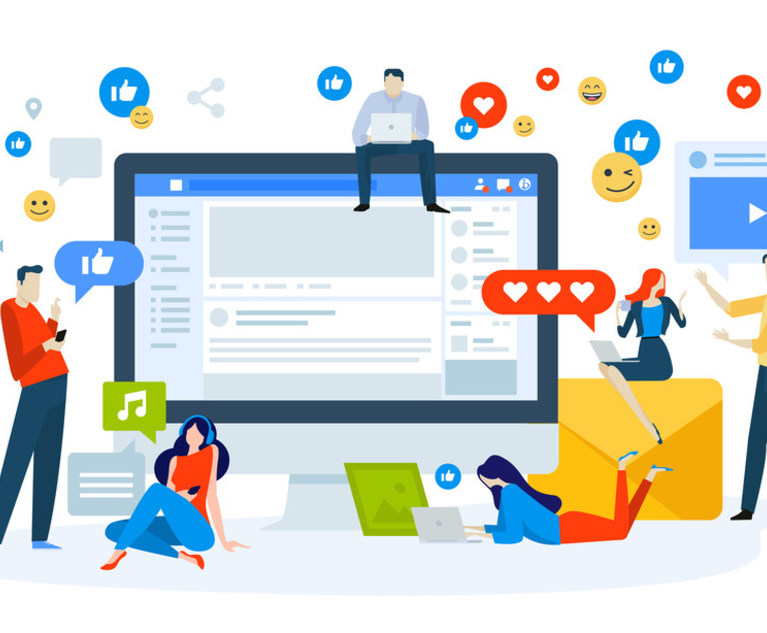