A news, video or photo with a caption is circulating among WhatsApp or Twitter or Facebook groups about the death of an important personality or a disturbing incident or a riot or the spread of a disease. A myriad of such content grabs our attention every day, causing fear, tension and anger. More often than not it turns out to be a fake, but it continues to circulate and, unfortunately, to be believed. Some are political in nature, others are simply malicious. Even the smartest, most informed and skeptical people can fall prey to distorted and manipulative information.
We are constantly bombarded with information. The stream of multimedia content we receive every second on our electronic devices, email accounts and social networks is overwhelming. It affects us physically, mentally and emotionally in an exhilarating roller coaster that impacts our reactions, perceptions and relationships.
Around 60% of the world’s population uses the internet, especially young people, with over 70% of the world’s young people online. However, we are failing to provide large-scale and sustainable media and information literacy training for all. The spread of disinformation and misinformation online and offline, conspiracy theories, hate speech and the misuse of social media should make us more alert and accountable to this threat.
Intense, deliberate and highly professional disruptive content has gradually eroded trust in governments and the media in recent years. However, studies suggest that when citizens are exposed to media and information literacy at the political level, they have a greater capacity for resilience against disinformation. We need policies and programs at organizational, institutional, national and regional levels that build people’s capacities to think critically and engage effectively with information and content, and ensure equitable access to information quality.
The ability to assess the accuracy and truthfulness of information, to seek out and find information from reliable and credible sources, and to organize and use information in an ethical and responsible manner have become important skills. Commendable efforts by public and private institutions are being made to raise awareness of scams and phishing attempts to access our bank accounts or hackers trying to steal our digital information. Similar efforts are also needed to raise awareness about misinformation (false or inaccurate information) and disinformation (intentionally making and distorting facts) as it affects our well-being, safety and security. Misinformation can lead to chaos, instability and violence.

We are failing to provide large-scale and sustainable media and information literacy training for all.

Misinformation and disinformation have become a very serious problem, as has been evident, for example, during the COVID-19 pandemic. They are also evident in election campaigns, conflicts and even development programs and projects where there is a deliberate attempt to disrupt, undermine and derail.
The United Nations General Assembly in 2012 unanimously passed a resolution proclaiming a World Media and Information Literacy Week from 24 to 31 October each year. Although the occasion has been commemorated around the world, it is not as widely recognized in the Middle East, even though this region experiences a high rate of misinformation and disinformation. The opportunity came and went last month, like every year, without notable initiatives from the media and educational institutions or regional and international organizations.
It is necessary to include this skill in school curricula at all levels, to organize workshops and conferences, to organize public campaigns to strengthen the capacity of the public to read and think critically about the information that it receives, and to restore confidence in credible sources and reliable journalism. . As traditional media are challenged by social media and are unfortunately losing the fight, they need to exert extra efforts to play their role in providing quality information, filtering, verifying and analyzing facts and debunking misinformation.
Our children and young people spend hours of their day on their electronic gadgets being influenced by content that could be dangerous and harmful, including hate speech and extremist ideologies. While policies seek to regulate and control social media providers, it is also important to raise awareness and build the capacity of receivers to distinguish between good and bad content. Media and dialogue forums and conferences that deal with the promotion of tolerance should include in their agenda the strengthening of the knowledge and capacities of children and young people in terms of media and information literacy, so that they are better able to not only recognize and reject misleading and false information, but also to create and develop quality content.
Before clicking, before sharing, think and do not participate in the dissemination of false information. Simply writing “as received” does not release you from liability.

Disclaimer: The opinions expressed by the authors in this section are their own and do not necessarily reflect the views of Arab News 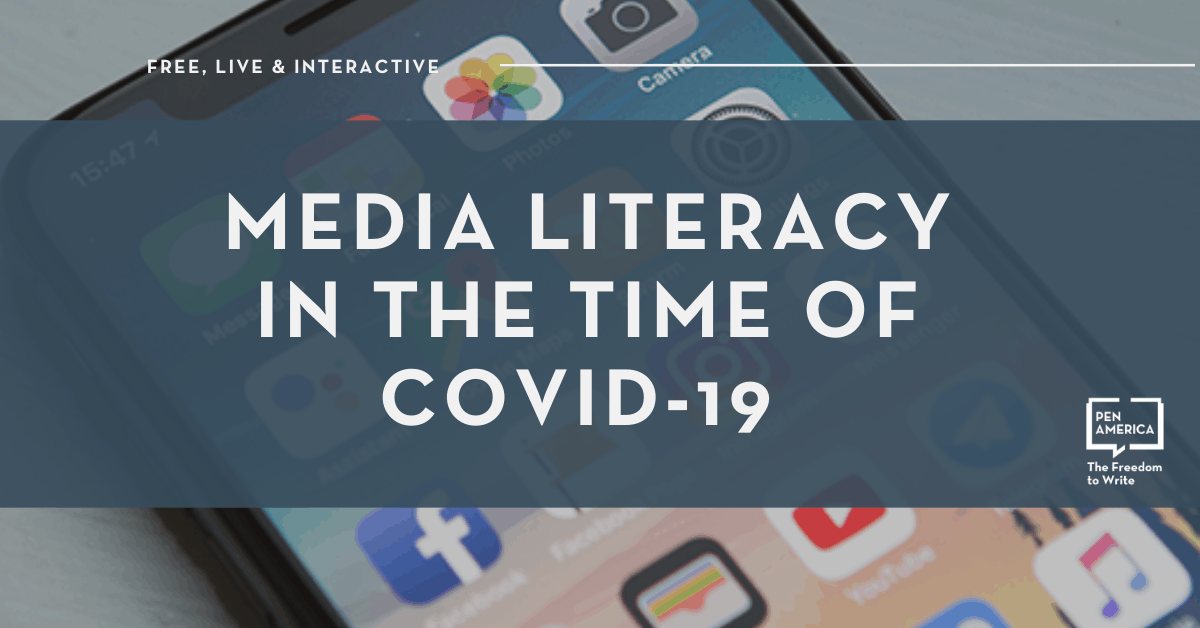 [WEBINAR] Knowing the News: Media Literacy in the Age of COVID-19 How media literacy is key to saving our democracy