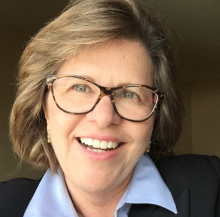 Media Literacy for “Empowerment and Protection”: Q&A with Renee Hobbs

If they do, teachers may feel compelled to dismiss them and quickly move on to more reliable sources of information.

But there can be educational value in teaching students outlandish claims presented as news, or even conspiracy theories, says Renee Hobbs, professor of communication studies at the Harrington School of Communications and Media at the University of Rhode Island. Hobbs is also director of the Harrington School’s Media Education Lab.a research center and educational resource for teaching media literacy.

“[W]hen teachers and school librarians make all the choices for students, students never have the chance to learn how to make good choices for themselves,” she wrote in an article. published earlier this year in Knowledge Quest, the Journal of the American Association of School Librarians. Asking students to evaluate unsubstantiated claims teaches evaluating sources and detecting bias, she argues.

Hobbs is also a member of the steering committee of Media Literacy Now Rhode Island, one of the organizations that advocated for the recently passed digital literacy education law in Rhode Island. The state is one of many to have recently implemented legislation requiring teachers to teach media literacy, preparing students to identify “fake news” and disinformation online.

All of these issues will be front and center over the next few days during Media Literacy Week.. The third annual series of events, webinars and virtual discussions aims to highlight the importance of media literacy and its role in primary, secondary and higher education. The program is organized by the National Association for Media Literacy and sponsored by Twitter, Facebook and other corporate partners.

Hobbs spoke with Education Week over the phone since the launch of Media Literacy Week in New York, where she led a workshop on teaching conspiracy theories and determining validity. The interview has been edited for length and clarity.

In many ways, media literacy is not a new idea. Teachers have shown how to identify and analyze media bias and propaganda for years. But the internet and social media have overwhelmed today’s teens with information, often from politically polarized viewpoints. What skills do students need to navigate this new media landscape, and how should educators change or update their approach to teaching media literacy?

One thing teachers do is they bring in the artifacts of the social media landscape as an object of inquiry. Today I just talked about conspiracy theories and my article in the Association of School Librarians Knowledge Quest. Bringing a conspiracy theory to deconstruct and analyze it: this is a pedagogy that teachers use.

Teachers also bring examples of memes. Memes spread, share and transmit and are created differently from other forms of expression and communication. Here, the basic skill is: can you ask critical questions about these artifacts in ways that promote intellectual curiosity, deepen analytical skills, and inspire student creativity?

It really builds a learning model where teachers and students are co-learners. For a middle school or high school teacher, chances are she knows less about Snapchat as a platform, as a means of expression and communication, than her students. But the teacher does not need to be the expert on the medium. What it needs to do is embrace a co-investigation model where, as learners together, we’ll try to figure out: What makes a post shareable on Snapchat? What is a good Snap? How are image and language combined in this medium in such a way as to reshape meaning? And how can you spread or share information – and misinformation – on Snapchat?

In your book published this year, Creating to Learn: Introduction to Digital Literacy, you encourage the development of students as digital authors. How does creating and sharing multimedia texts develop different skills than writing an essay with pen and paper or presenting in class?

An example gives you an idea of ​​the power here. One of the standard activities we use in high school and college – and throughout the curriculum, certainly in 3rd grade – we engage in the practice of compare and contrast. This is a fairly standard form of analysis.

It turns out that some visual media really change the way we think about compare/contrast. Teachers will often use the classic Venn diagram to teach compare/contrast. But when students are asked to create an infographic to engage in compare/contrast, they end up having to think about the idea of ​​similarities and differences in a way that activates linguistic representation, visual information, or pictorial and spatial information. They find that where you put the words on the screen shapes how the viewer receives them: if that information is at the bottom, if it’s in the middle, if it’s at the top.

Students learn that certain visuals shorten people’s thinking. they are kind of like a stereotype. During the process of creating an infographic, students become more aware that information and ideas are always constructed by motivated people, and that they are always selective and incomplete.

Earlier this year, Rhode Island passed a law requiring the state education department to consider integrating media literacy into the curriculum. Media Literacy Now Rhode Island, of which you are a member of the steering committee, has played a major role in defending the law. At this point, are there any updates on what this media literacy component will look like or how it will be integrated into the curriculum?

Passage of the law would never have been possible without the mobilization of teachers, librarians, young media advocates and other activists that occurred during the five years of community formation, in large part around the Digital Literacy Summer Institute, which is a professional development program for educators who [the Media Education Lab has] since 2013. Every year at this event we have teachers from all over Rhode Island and 15 or 20 different states as well. These teachers began to see themselves as part of a community.

The bill itself is very modest. He says the Rhode Island Department of Education will consider integrating media literacy into its core curriculum. It really is a first step. The plan is simply to use best practices [that we’ve been collecting.] Tonight we have our webinar: What’s already happening with the state of media literacy in Rhode Island, collecting these best practices and sharing them with the Rhode Island Department of Education, as a way of saying look: Here is what is already happening. It’s certainly not happening in a way that reaches every child in the state. But the best practices can really inspire other educators and school leaders.

What are the best practices used by the districts?

my first book [Reading the Media: Media Literacy in High School English], written in 2007, was about a school district in Concord, New Hampshire, where the entire English department came together and said, “We’re preparing our students to be college English majors. , but most of them will not be English majors. To college. Maybe we should think differently to prepare them for life in a complicated, information-dense media world. This school district’s initiative to integrate media literacy into the school curriculum is still quite exemplary.

Since then, there are so many others. [The Journal of Media Literacy Education] just posted a really interesting article: A school in Florida, the G-Star School of the Arts, which integrates media literacy into the curriculum through creative expression.

We could say more broadly that successful programs can be built on this dialectic of empowerment and protection. Teachers can be driven by a desire to protect children from the worst aspects of media literacy, and they can also be driven by a desire to share with students the best aspects of what media and technology bring. Both approaches can be very effective in schools, and it’s really situational and contextual. In the Bible Belt Loop in Tulsa, media literacy will be different than it is in Brookline, Massachusetts. It is as it should be. It must be sensitive to the community and the culture. 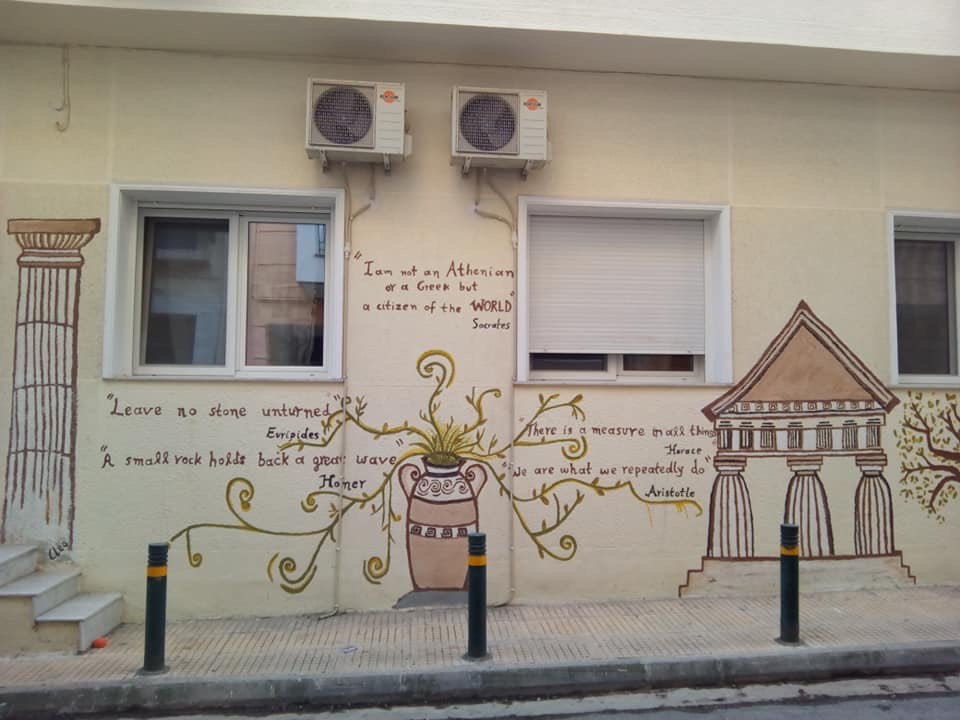 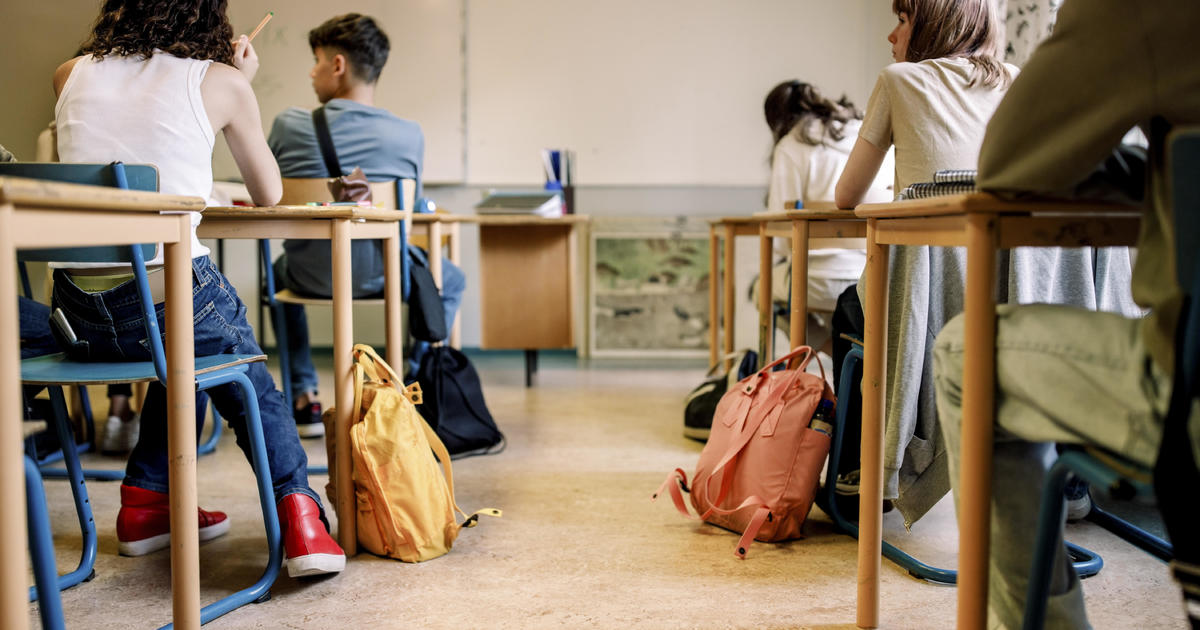