This story has been updated to clarify that Parker’s 3D printers he uses to make memories are his own, which he brings to EHS for students to use during the school year.

In preparation for the next fall semester, EHS Professor Christopher Parker has had the helmet worn by Elizabeth Olsen in the Marvel Cinematic Universe miniseries “Wandavision” 3D printed.

Parker had grabbed computer-aided models he measured from television screenshots, then sent them to be printed using thermoplastic material on one of the 12 current 3D printers in the classroom.

But like the mighty Wanda Maximoff, Parker said of the so-called ‘fab lab’, “It’s literally, ‘If you can imagine it, you can create it.

With seed funding from the Air Force’s STEM programs, EHS students in Parker’s class have learned over the past two years to design and build artistic creations such as figures ranging from a 3-foot Mario to top to MCU characters.

It took a week to print the Nintendo video game character model in the fab lab.

Next fall, the high school will add an introductory class and a second one-year fab lab hour, after Parker said more than 200 students have signed up to take the one-year fab lab.

The semester-long introductory course will teach the basics of design software, printers, and other lab technology.

Parker will also be teaching another new course in the fall, expanding the EHS esports program that has increased student participation since it also started several years ago.

Esports is now an after-school program alongside other major sports, Parker said, with students traveling or hosting multiple competitions next year.

The class, Gaming Concepts, will take place over one semester with 24 students in each of the two courses. More than 110 students have signed up, Parker said, adding that the class went “hand in hand” with the esports program.

Kids will learn video game fundamentals such as online etiquette, team building, nutrition and fitness, and how to build a PC.

“I hit the jackpot on these courses, I guess,” he said.

From point A to point B

The new media and fine arts journey aims to codify, through the promise of practical lessons, the multiple career paths that high school students can begin to take while still being at the heart of the school.

The path has two legs: the introductory fab lab and Parker’s games courses, both requiring a 3D modeling course, and a multimedia production track starting at EPS colleges that leads to the production course for EPS Vision.

“For me, it’s a roadmap. That’s how to follow (this career), ”said Kitty Herbel, the district STEAM coordinator who led the development of the map this past school year. “This is the world of manufacturing.”

Herbal said the path was created for students and their advisors to see progression from college to EHS, Autry Technology Center, and then ultimately to academic and professional careers.

Autry Technology Center is expected to offer a new lab and manufacturing program this fall, while Parker said colleges like Oklahoma State University have a manufacturing lab and other “manufacturing spaces” in libraries. .

With the printers he owns and then brings to the EHS fab lab for students to use during the school year, Parker himself sells the parts he personally 3D prints to cosplayers in characters. On the other end of the spectrum, engineers have 3D printed bridges, cars, and medical devices.

“What we need to teach them to do is how to frame (a video) and what makes it look good,” Ray said. “Kids generally know how to hold a camera.”

Media and production classes have been taught at the high school since the beginnings of EPS Vision six years ago, when the district took over channel 19 of the now defunct PEGASYS network from the town of Enid.

But Herbel said not all college media programs had been formal courses before.

Instead, some were part of after-school extracurricular activities or taught in another class, she said.

Students from the sixth year onwards can take pre-existing one-semester technology courses before a media production course which will now be offered at all three EPS colleges.

At least one pre-existing technology course offered will be required to complete the media course, along with the teacher’s recommendation.

Dudley Darrow, assistant superintendent of secondary education at PSE, said about five teachers have been reassigned within schools to manage the college course.

“Every site is treated equally,” Darrow said of the new course. “There is no difference between Longfellow, Emerson and Waller. This is something we had to clean up, because we weren’t doing it last year.

The media course would then bypass a required EHS course for students to then take either digital communication or advanced audiovisual production, the latter then feeding into EPS Vision.

Daniel Baker, a full-time EHS professor who had taught computer science and biology, will resume broadcast classes next year as Ray takes on other district-wide projects.

“It’s a lot of moving parts,” Darrow said. “You’ve got these tech-savvy kids… It’s not just one path – it’s not just, ‘I want to be a computer programmer. “ 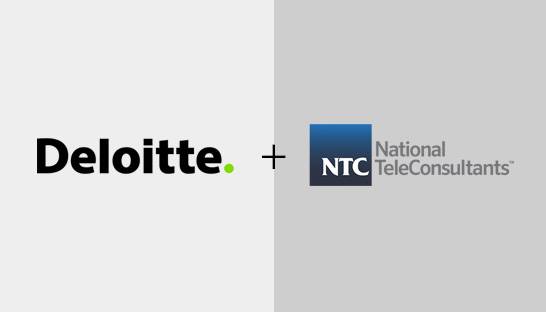