Down with social media platforms

Many Americans, and especially health care providers, are frustrated as we see a further increase in COVID-19 cases. Seriously ill, hospitalized patients often go unvaccinated, which is especially discouraging, given the widespread availability — surplus — of mRNA vaccines in the United States. Naturally, frustration turns into anger, resentment and blame.

One of the potential reasons why a significant fraction of Americans are hesitant to get vaccinated is the widespread availability of inaccurate, unbalanced, or irrational rhetoric. This speech covers a spectrum from patently delusional – vaccines contain microchips so Bill Gates can track you – to lesser degrees of derogatory and questionable commentary. Also, strange clusters of beliefs can emerge. One way or another, enthusiasm for study drugs, such as ivermectin, can be accompanied by doubts about the effectiveness of vaccines.

All of these actions miss the real problem. The problem is Facebook and Twitter themselves. Instead of confronting social media, we create new problems, and politicians serve the interests of their donors – those social media corporations, which have parasitized our minds, exploited our emotions and distorted our discourse. I will divide my comments in two. First, I’ll outline the issues with police misinformation on these platforms, and second, I’ll discuss why social media needs to be brought to its knees.

Regulating or controlling medical misinformation is doomed to failure. It’s easy for most (sensitive) people to recognize that mRNA vaccines don’t contain microchips that allow Bill Gates to track you. But very soon we find statements about vaccines that are unknown, disputed, and worthy of further dialogue. The boundaries between legitimate debate and misinformation are becoming scientifically impossible to draw.

A long article in The BMJ is titled with the provocative question, COVID-19 vaccines: in the rush for regulatory approval, do we need more data? Every sentence in the article has been meticulously checked and peer-reviewed, and yet the mere publication of the article could be considered a hindrance to vaccination efforts – could a peer-reviewed biomedical publication be called a disinformation ?

Similarly, Ramin Farzaneh-Far, MD, Wes Pegden, PhD, Venk Murthy, MD, PhD, Amy Beck, MD, MPH, and I wrote that the CDC should consider vaccination options for children ages 12-17 years in addition to just two doses of mRNA. vaccine or nothing. Since we wrote our column, the UK has adopted a single-dose strategy for 16 and 17 year olds, while withholding vaccination for younger children until more data becomes available. And yet, on social networks, some doctors called our article “misinformation”, that is, as far as I know, information that they did not like.

Even on a social media website for healthcare professionals that restricts who can comment and regulates comments, as Doximity does, there are a number of misrepresentations, misrepresentations and misinformed comments, suggesting that speaker regulation is also not an effective solution. Some doctors may say the wrong things and some lay people may be right. Speaker monitoring cannot solve the content problem.

Because of this fine line between reasonable debate and misinformation, overzealous censorship abounds. Even discussing the lab leak hypothesis was banned from Facebook for several months – a verdict that was overturned after the publication of two high profile rooms. While the lab leak debate is unresolved, it seems deranged to literally ban people from reviewing and discussing it.

Next, in my examination of the problems with policing disinformation platforms, comes the empirical question of whether banning speech or speakers actually works to diminish the strength of belief in a certain belief. Or, if on the contrary, it paradoxically feeds the concerns of a conspiracy theory and reinforces the belief in unregulated spaces. Ultimately, no one can control what you think.

Third is the legal challenge. The First Amendment applies to government actors who want to suppress speech, but allows for-profit companies to exclude speech that violates standards on its platform. And yet, if the White House is starting to steer Facebook toward questionable posts, then the government has arguably exploited the company’s private status to ban speech. Naturally, this may be subject to legal review.

Finally, it’s easy to think that some wrong opinions shouldn’t be allowed on social media, but the hard part is defining what shouldn’t be allowed. Notably, despite the Surgeon General’s report and much debate on the matter, no one has really defined what is considered misinformation. I suspect that can’t be done. No one can create a rule book that separates black and white because the world we live in is only grey. You can’t ban what you can’t define.

In 50 years, social media in 2021 will look like the tobacco industry in 1960: knowingly offering an addictive product and, worse, hiding the harm of addiction, while actively trying to deepen the addiction. Social media companies try to keep you using the platform longer, baiting you with content to trigger your rage, disgust, lust or hate. These companies offer products that have been linked to anxiety and depression in users. In fact, disabling Facebook is related to improving the well-being of low-income users.

When it comes to information, social media does three things. First, it pushes people into irrational poles. On the one hand, there are people who think SARS-CoV-2 isn’t real or just another seasonal flu. These people are often wary of vaccination as a way out of the pandemic. On the other side, there are people who think we should lock down until there’s not a single case of COVID left. They believe that a mild or asymptomatic case of SARS-CoV-2 will certainly cause permanent neurological damage and massive loss of IQ. They think the only way to fight the virus is with heavy restrictions, imposed by police or even military presence. The very nature of social media drives individuals to even more extreme positions, possibly aided by bots, puppet accounts or foreign intelligence agencies. The middle ground is lost.

Second, a good or bad idea on these platforms can reach millions of people. An anecdote (of dubious validity) of a vaccinated individual suffering from some bizarre ailment, or that of an unvaccinated person begging for vaccination before the endotracheal tube was placed (a situation where talking is usually limited) are two powerful psychological stories that affect millions of people. It’s heroin of the mind.

Third, social media leads to a deterioration of speech and harsh proposals. Sensible people may argue that people who refuse vaccination should pay higher health care premiums or be denied care if they become ill. In life, many of our behaviors – from smoking, to eating and exercising, to going out when we feel sick – have consequences for our health or the health of others. But an intangible principle of medical ethics is not to blame someone for their actions when we provide care.

In the swirling whirlwind of social media, we easily become uninhibited. We may even begin to find unhealthy pleasure in the misfortunes of individuals who make health decisions different from our own. We no longer see individuals with whom we have political disagreements as persons.

The solution is inevitable. The social media of 2021 must be dismantled and crippled like the tobacco industry. These digital tools have hijacked our neurotransmitters, just like tobacco. Denying the pernicious role of these platforms in our society comes down to those who denied the harmful effects of tobacco. Like tobacco, social networks offer pleasures. But, like tobacco, the industry that supports it has gone too far in pursuit of profit and dominance.

Our politicians are failures. They lack the courage to dismantle these trillion dollar corporations that enslave our children’s minds and turn teachers into toddlers, while stuffing their pockets with donations to fund their campaigns. They divide us and profit from these divisions. Our leaders offer helpless solutions like policing or suppressing information they consider particularly egregious. This introduces countless problems and immense potential for abuse. In our lifetime, a strategic politician can exploit censorship to gain total political control.

Instead, platforms need to be crushed, broken, and regulated. Rather than simply censoring specific ideas, measuring attention and trying to capture more should be prohibited. Ironically, debates over misinformation — my view against those who think we need to control it more seriously — are themselves a weaponized, social media-fueled dispute. Platforms must be brought to their knees, just like Big Tobacco, while human ideas – good, bad, sublime, horrible, true, false and everything in between must be free.

Vinay Prasad, MD, MPH, is a hematologist-oncologist and associate professor of medicine at the University of California, San Francisco, and author of Malin: How bad policies and bad evidence harm people with cancer. 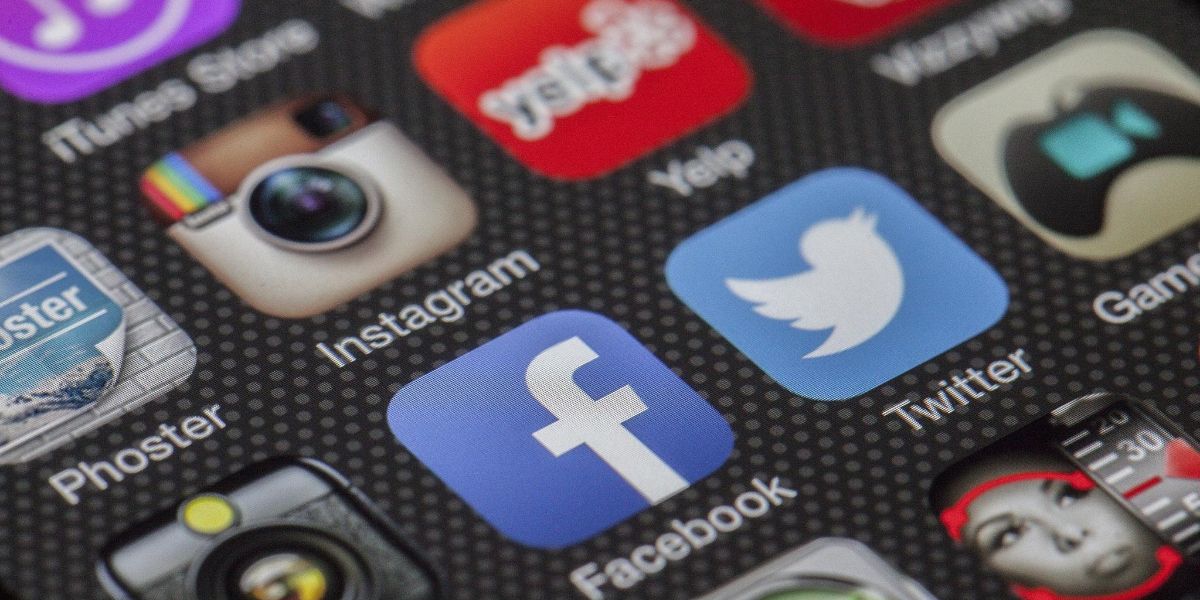