Few would dispute the value of helping students develop critical thinking and information literacy. But if these skills are promoted simply as a reactionary way to challenge knowledge, says danah boyd, the future can look even more chaotic and bleak.

Speaking during the morning keynote on day three of SXSW EDU, boyd, a researcher at Microsoft and founder and president of Data & Society, made this provocative observation: “Many of the forms of critical thinking that we have introduced into American education is turning against them right now.

Covering topics ranging from Russian propaganda efforts to Netflix, history to philosophy, Boyd’s intellectually provocative speech raised many deep questions about media and manipulation. But she also admitted that there are few clear solutions.

What is media literacy if no one trusts them?

To be clear, Boyd does not believe that critical thinking is inherently bad. Instead, she focused on how the very act of asking questions as a way to challenge narratives has become “weaponized” and manipulated for underhanded and disguised efforts to undermine public trust.

Those who seek to twist critical thinking to spread misinformation, Boyd suggests, are capitalizing on the fact that public trust in mainstream media institutions is waning. It’s not an unfounded observation: A Gallup and Knight Foundation survey last year found that “most Americans think it’s now harder to be well informed and determine what news is accurate. . They increasingly perceive the media as biased and find it difficult to identify objective sources of information.

In today’s world, individuals have become emboldened to believe that they can – and should – take it upon themselves to check facts and discern truths from untruths.

Recent news about efforts in Russia to spread disinformation and the wider phenomenon of “fake news” has prompted educational, media and government organizations to redouble their efforts to promote media literacy. Educational groups from Common Sense Media to PBS have introduced online programs designed to help teachers teach the subject. Often these tools include lessons on fact-checking and analyzing sources of bias.

Yet these exercises, while valuable, can perpetuate an even greater problem if framed in the wrong context. “Right now, the conversation around fact-checking has evolved to suggest that there is only one truth. We have to recognize that there are many students who are being taught that there is no There is only one legitimate way of thinking, only one accepted worldview,” Boyd said.

“Donors, journalists, social media companies and elected officials are all saying they want a ‘media literacy solution’. I do not know what it is, [but] I hope this isn’t a version that’s just CNN versus Fox News,” she added.

By portraying the goal of media literacy as a means of uncovering the truth, adults can actually reinforce the message that there is only one explanation, a strict black and white line between what is good and what is bad. This way of thinking generally doesn’t sit well with teens and young adults, who may be naturally inclined to challenge authority and seek alternative explanations, Boyd said.

“Many people, especially young people, turn to online communities to make sense of the world around them. They want to ask uncomfortable questions, interrogate assumptions and poke holes in the things they’ve learned,” she said. “But there are questions that we told them were unacceptable to ask in public.” In response, they turned to online forums, some of which “have appeared to encourage people to follow certain lines of thought, some of which are deeply extreme” in their opinions.

So what can teachers do?

For the majority of his speech, boyd painted a grim picture of how good intentions around critical thinking can be manipulated to perpetuate confusion and extremist views. But if checking facts and sources is not enough, what is the right approach to media literacy?

Speaking metaphorically, Boyd called for the development of “antibodies to help people not be deceived”. But she admits it’s tricky because most people believe in their guts and don’t want to hear they’re being cheated. “It can be helpful to try to help people understand their own psychology.”

On a more practical level, boyd urged participants to “help young people understand epistemological differences.” The term generally refers to questions about the nature of knowledge and how beliefs about what is right or wrong are constructed. One question she thinks is useful for teachers to explore with students is, “Why do people with different worldviews interpret the same information differently?”

The challenge, she said, is to ensure that media literacy and critical thinking aren’t deployed in the classroom as “an assertion of authority over epistemology.”

Boyd also suggested that some of the teens pushed into extremist online communities do so out of a struggle to find their identity and make sense of the world around them.

“They are vulnerable because they themselves are lost. And these are the people who figured out how to use online tools to regain control. They find that power not by disrupting your classroom, but by disrupting the entire information landscape. » 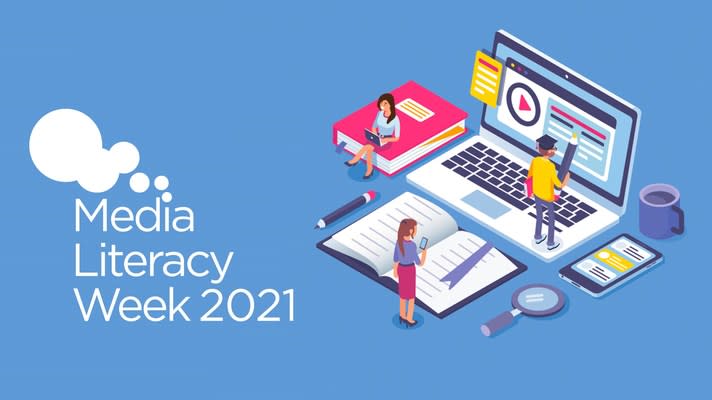 Focus on media literacy in the digital age