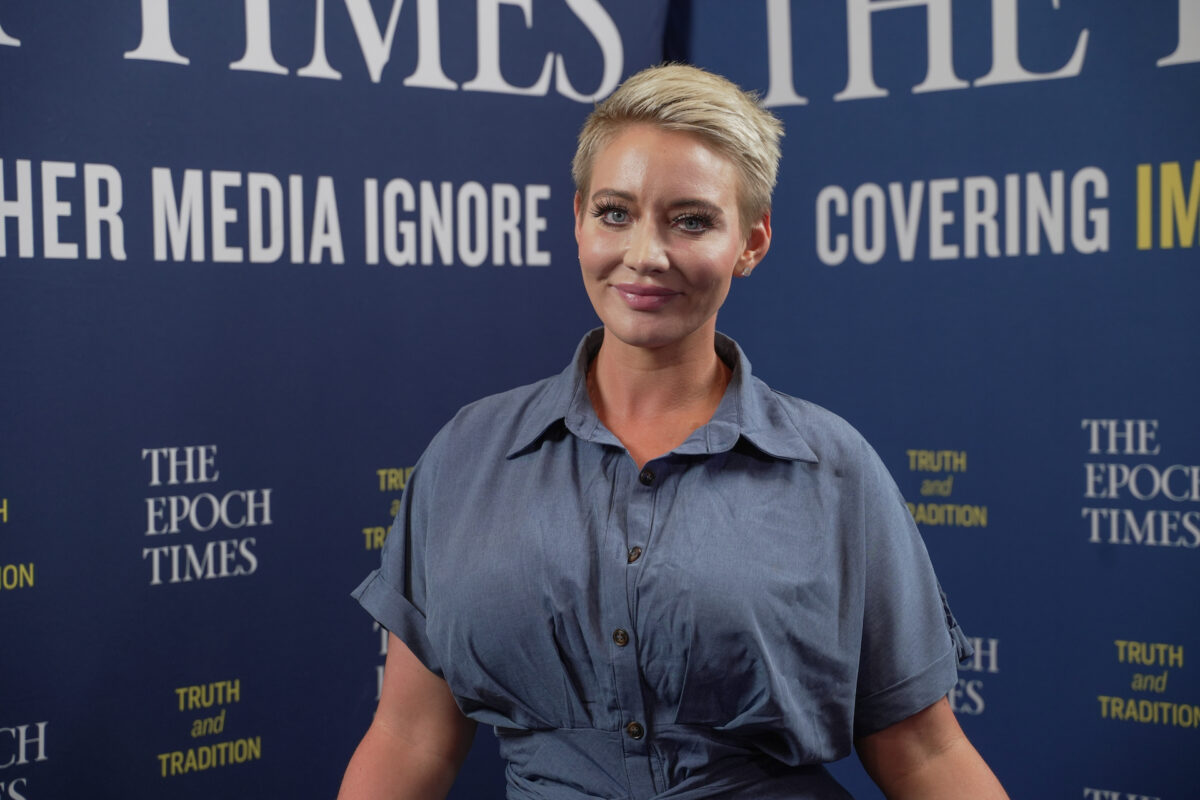 Blue, who was groomed and then trafficked as a teenager, now advocates for victims and an end to the criminal enterprise.

“Nowadays there is quite a market for this material, and it is posted on the main feed of our regular social media platforms,” she said. “I wrote a story for The Blaze about a child abuser pedophile who had 290,000 Twitter followers and posted child sexual abuse material on the main Twitter feed for four years. “

This problem is further compounded by the fact that children share self-generated sexual content on the Internet, and a third party or sex trafficker takes it and blackmails the child for profit.

“The numbers in the self-generated content data right next to Facebook are mind-boggling, in the millions per month. So kids are either being blackmailed, groomed…or extorted,” Blue said, also mentioning the term. relatively new form of “sextortion,” in which a third party obtains sexual images and threatens to share them unless the victim sends the abuser money or performs sexual acts.

In May, Blue said, Twitter removed 46,000 child sexual exploitation or non-consensual images and videos from the platform. By comparison, the company only removed 2,000 posts for violating its “terrorism” terms of service, she said.

Children who are trafficked, in the vast majority of cases, are manipulated by people they trust, Blue said. The abuser or pedophile grooms the child, which means identifying and exploiting their weaknesses.

Blue said that in her case, her abuser healed her by discovering her vulnerabilities and preying on them for an extended period of time.

Grooming can take many different forms, as in the case of Ghislaine Maxwell, who groomed and helped traffic young girls for billionaire Jeffery Epstein’s sex trafficking ring, she said.

Very rarely does it involve abducting a child, which happens but is less common, Blue said.

“I think this preconceived idea that this is always a kidnapping is very dangerous,” she added.

This narrative that the victims are only those who are physically gagged and bound denies the reality of the vast majority of victims of sex and human trafficking, who are “less likely to identify and move forward for the healing and the hope they deserve,” Blue said.

Victims often blame themselves for the dangerous situations they find themselves in, so it’s important to understand that traffickers prey on vulnerable people and have specific techniques they use to gain a child’s trust, said Blue.

evil in the world

It’s only in the past 10 years that things have started to change in our understanding of what sex trafficking is and how prevalent it is, Blue said, adding that when she was a victim, society didn’t have the terminology to discuss the issue or to understand the dynamics at play.

“At the time, we didn’t have the language,” she says. “You would have been considered an underage prostitute, a drug addict – something else.”

Blue said it’s not just about teaching kids not to trust strangers. It is more important for children to have the unconditional love of their family or other adults, who will believe them and not judge them.

“There is a layer of trust there that needs to be established. I think it’s more of a lesson that if something seems too good to be true, it probably is, and there are evil individuals in the world,” Blue said.

One of the things that helped her recover from trafficking, and one that is very important for survivors, is learning about the history of evil regimes, Blue said, because it helps victims understand that he there is evil in the world.

Blue is always looking for the good in these horrific cases, she said.

“The bright side is that we can have these conversations,” Blue said, adding that whenever there is a significant case in the media, “more survivors feel like they can come forward. ‘They are not alone.

Bleu said that as a survivor of sex trafficking, every day is a success, but she also finds it important to help change the logistics and policies of reporting child abuse by social media companies, a- she said, such as asking Twitter to add a special report button for non-consensual and exploitative child sexual exploitation material.

Its goal is to get big tech companies to use innovation to help kids, rather than asking the government to regulate platforms, Blue said. She knows the government can overstep its bounds and doesn’t want the public’s privacy threatened to help victims of sex trafficking.

“I don’t think the government has earned our trust, any government. And we must do so. That’s why I always encourage innovation and prioritize reporting. »

Bleu said she, like most survivors of sex trafficking, has developed a physical bond called “Stockholm syndrome,” where the victim is drawn to and often “in love” or addicted to the abuser. That was true for her second trafficker, who she was related to, and the only reason she escaped the situation was because “seeds of hope” had been planted, she said.

One night Blue saw a YouTube video of another survivor that resonated with her, after which she contacted a local organization and got a survivor advocate who helped get her to a safe house.

“Unfortunately, my traumatic ties and Stockholm Syndrome to my former abuser were so deep and thick that a two-year program at the survivors’ shelter only lasted three months,” Blue said.

Even though it took Blue longer to finally walk away from the abuser, she said, there were still seeds of hope planted in her.

“I started to feel that I had value and value and was worth something more.”

It took her a long time to “come out” of the brainwashing, she said.

“I try not to judge people who have fallen into propaganda or other types of things. Because I too have cracked. It’s just different.

To escape, the survivor must understand the truth about themselves. For some people it’s a shock to their system, Blue said, but for others the truth is slowly sinking in.

Blue said her motivation for doing this advocacy work is that she wants everyone to be free, both physically and mentally. To that end, she urges people to be open-minded and non-judgmental about victims of trafficking, and to be willing to talk about the subject, as someone may choose to entrust their story to them.

“A survivor or a victim and an aggressor can look like anything. It can be anyone: any age, any gender, any race, any ethnic background and any religious background,” she said.

Blue, like all survivors, had to find the courage to tell her story and help other survivors.

“I never thought anyone would take what I said seriously, and now I can write news articles, which is like a dream come true,” she said. “I meet my heroes, and we meet as equals, and I’m their equal and they see me as such, and that’s an honor.”

Masooma Haq began reporting for The Epoch Times from Pakistan in 2008. She currently covers a variety of topics, including US government, culture and entertainment.

Jan Jekielek is an editor for the Epoch Times and host of “American Thought Leaders.” Jan’s career has spanned academia, the media and international human rights work. In 2009, he joined The Epoch Times full-time and held various positions, including editor-in-chief of the website. He is the producer of the award-winning Holocaust documentary film “Finding Manny”.