This year, the Remote Media Literacy Project has expanded to provide the most remote students in the country with the opportunity to develop the skills, knowledge and abilities essential to become media literate citizens.

Grants received from the Judith Neilson Institute have helped students and teachers in remote, remote and far-flung areas participate in a specialized media education program, delivered in person by ABC journalists.

Through a series of interactive workshops mapped to the Australian curriculum, high school students learned to critically engage with the media, distinguish fact from fiction in the news, reflect on personal use of media, to become curious about how media is made and to understand how media influences and impacts people and society.

The workshops were divided into News Basics, Fake News and Social Media and the News. of it.

To further involve students in media education, ABC journalists were trained to bring their knowledge and skills to classrooms, involving students in content creation. It involved students being interviewed on the radio about their experiences with the project and a live cross with a student from the Christmas Island District High School. The students’ experiences were also shared on local ABC radio with a highlight where students from Narrogin High School were interviewed live on the Great Southern Breakfast Show on an outdoor show from the school.

ABC reporters traveled from Kojonup to Wyndham in Washington State and from the Tiwi Islands to Purnululu in the Northern Territory. A total of 93 media education workshops were organized in these 16 schools and the distance media education project reached 1,129 students.

Journalist and presenter Tim Wong-See shared his experience as a workshop teacher:

“Being a part of the program was a great way to brush up on the important skills we use every day at CBA – what is fake news, what is reliable information and why we are featuring. to the audience – what value does it have for their day For the untrained eye it’s easy to miss the little details that people use in stories to try to convey it as real information in order not only to learn , but also teaching the skills to spot fake news was a fantastic thing to be a part of. “

The warm welcome from students and teachers demonstrated the need for media education and opened up possibilities for a pilot program with the students who had attended the workshops to deepen their media literacy skills.

To this end, five students from Champion Bay in Geraldton, Western Australia, Yamatji Country, participated in four additional sessions to deepen their media literacy skills and produce content for use in their school publications and on local ABC stations during media education. The week.

During Media Literacy Week, students will work from their local ABC station – Midwest and Wheatbelt – to record four podcast episodes as part of a series called “Question What You Hear.” The episodes will see students interviewing producers and radio presenters and asking questions about how the stories are chosen and how they are told.

Champion Bay teacher Laeh Vlatko highlighted the importance of workshops for her students:

“In a world of fake news and click-bait headlines, it is so important for students to develop critical thinking skills. Learning to critique and produce media enables students to grow as news consumers and creators. As a HASS teacher, I want my students to not only develop their knowledge of the world, but also to discover where this knowledge comes from and how it is presented. ‘

Podcasts are student-created resources for students that encourage critical thinking and reflection on media consumption and production. They will feature Jan Fran, Will Anderson, emergency broadcast coordinators and local radio presenters who will answer questions about their trade and explain how they think critically in their own work.

From Ms. Vlatko’s perspective, the experience was important to her students:

“In a regional high school context, our students have greatly benefited from the opportunity to learn from the experts. They loved the experience of connecting with stories outside of our city and bringing them to the local level to see how they apply to our community. The students were particularly excited to use their interview skills to record interviews with national ABC presenters. ‘

The episodes will be available on the ABC Education website at the end of Media Literacy Week. 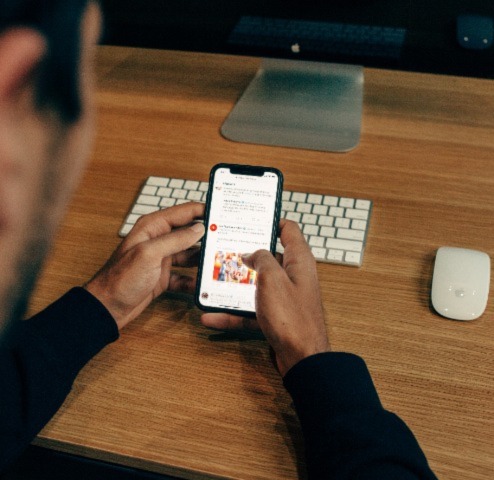